Prep Girls Basketball: Once a powerhouse, Willamette Wolverines on the rise once again! 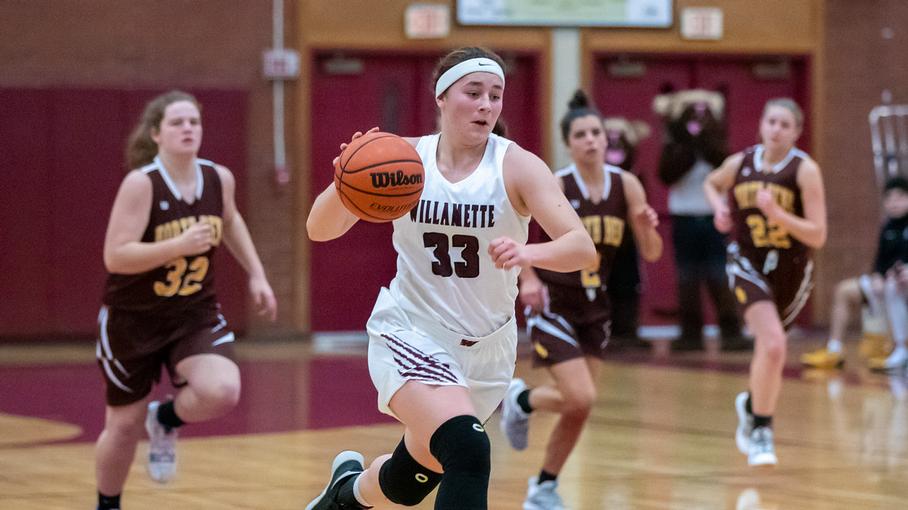 Prep Girls Basketball: Once a powerhouse, Willamette Wolverines on the rise once again

Now she’s trying to make the Wolverines a viable playoff threat once again.

The fifth-year coach has her team off to its best start in seven seasons after Friday’s 47-33 romp of visiting Ashland.

The victory evened Willamette’s overall record at 8-8, but made them 5-2 in the Midwestern League standings and tied for third place with Thurston in the league standings.

The top four teams in the league automatically make the postseason, a place the Wolverines haven’t been since 2014 when future Oregon Duck star Lexi Bando was leading them to their fourth state title in eight years.

“We are right there,” said Bellando, who was a senior on the team that won the very first Class 5A championship. “We’re close.”

Since going 26-1 in 2014, the Wolverines spent four seasons in the Class 6A Southwest Conference and never won more than nine games. Last year they returned to the Midwestern League and finished 9-14 overall and 6-9 in league play.

Expectations were higher coming into this season, however, with a core of talented seniors led by 6-foot post Natalie Willoughby, who scored 27 on Friday.

“She’s obviously our go-to,” Bellando said. “Our goal is to get the ball inside-out as much as possible. If we can get it inside and she can get a good look, that’s our No. 1 option.”

It was Willoughby who sparked the Wolverines in the second half against Ashland (8-6, 3-3), as they outscored the Grizzlies 22-7 over the final two quarters after trailing 26-25 at halftime.

Willoughby had 13 points and 10 rebounds in the second half.

“We just went up at halftime and said ‘We’ve got to get this,’” Willoughby said. “This was a big game for us because we want to get to the playoffs. We came out with more energy.”

Willamette went up for good when Iyanna Lee weaved through the lane for a layup with 39 seconds left in the third quarter to make the score 32-31. Lee finished with 12 points.

The Wolverines then scored all 15 of their fourth-quarter points before Ashland made a layup with one minute left in the game to end nearly an 11-minute scoring drought.

The Grizzlies made just 3-of-23 field-goal attempts in the second half.

“We harped on them a lot at halftime that it starts on the defensive end,” Bellando said. “We know how to score, but if we don’t play good defense then it’s tough for us to get going on offense.”

The win was the fourth in six games for Willamette, a stretch that included a blowout loss to No. 4 and Midwestern League leading Churchill (68-36) but a near-upset of No. 6 Crater (48-42), the league’s second-place team.

The Wolverines have defeated No. 7 Lebanon and No. 10 Thurston and also gave No. 3 Silverton a battle in a 39-33 loss.

“We’ve gotten into the groove of things and it’s nice to have that chemistry and want to play together and win together,” Willoughby said. “It’s really exciting and it makes you want it more than ever now because it’s my last year. I want to leave a mark.”


No highlights for this season yet.

YOUR GAME HAS CHANGED!